Close
Ask or Share
Home/ Diet/GMO and Psoriasis
Contents show
What is GMO?
Why genetically modify food products?
Are GMOs bad for our health?
What people say about GMO?
How GMOs affect Psoriasis?
How to avoid GMO food Flare-ups

How Genetically Modified Foods affect Psoriasis and what you can do to reduce the negative effects.

So the reasons why some people experience flare-ups when they consume corn, soy or gluten products, but see an improvement when they switch to Non-GMO products could be because of the gut connection.

GMO stands for Genetically Modified Organism. When plants, animals, microorganisms or other organisms genetic makeup gets artificially manipulated in a laboratory through genetic engineering and as a result, we have a new type of bacteria and virus genes that usually do not occur naturally.

Purpose of GMO is to create better looking and longer-lasting products. Crops can be modified to be more resistant to moisture, drought, diseases pests, and fruits and vegetables can be modified to have brighter colours, standard sizes and look, and even have added taste and nutrients.

A perfect example would be Apples, Tomatoes, and Corn with bright colours and perfect looks and can last weeks without getting spoiled.

Are GMOs bad for our health?

This been a topic of debate for years by Scientists and medical professionals, some suggesting that genetically modified foods are harming our health. In contrast, others claim that crops are helping to solve global hunger with higher food supply.

According to the FDA (Food and Drug Administration), GMO foods
are safe to eat on the market. They are carefully studied before they are sold to the public to ensure they are as safe as the foods we currently eat. These studies show that GMOs do not affect you differently than non-GMO foods.[1]

However, some reports suggest a link between genetically modified organisms (GMOs) and gluten-related disorders, and according to them, some GMO foods can cause an imbalance in gut flora. Read the full article here [2]

The authors say the data link GMOs to five conditions listed below that either may trigger or exacerbate gluten-related disorders, including celiac disease, a serious autoimmune disorder:

Nine GMO food crops currently are being grown for commercial use:

In the U.S., GMOs are in as much as 80% of conventional processed food, says the Non-GMO Project. More than 90% of corn, soybean, cotton, canola and sugar beet acreage in the US is GMO.[3]

Watch the related interview below

What people say about GMO?

Let’s look at The Pew Research Center’s survey which explored the Public opinion about genetically modified foods in the US.

“Despite the growing use of genetically modified crops over the past 20 years, most Americans say they know only a little about GM foods.

And many people appear to hold “soft” views about the health effects of GM foods, saying they are not sure about whether such foods are better or worse for one’s health.

There is no solid evidence to support a direct link between GMO and Psoriasis flare-ups. However, as mentioned above, GMO foods could be causing imbalance in the gut flora and, consequently, triggering psoriasis flare-ups.

A growing body of evidence suggests that an imbalance of bacteria in the gut, or gastrointestinal dysbiosis, can even cause psoriasis and other inflammatory diseases.[4]

How to avoid GMO food Flare-ups

The only way to find out if GMO produce is triggering your flare-ups is to observe your body’s reaction. Try to eliminate below food products for a certain period maybe a month and see if you feel any different and if your psoriasis inflammation reduces.

You can also do the opposite, watch your body’s reaction when you eat corn, or any GMO product listed below. Keeping in mind that food we consume takes  24 to 72 hours to move through your digestive tract. Genetically modified foods to keep an eye on are:

Disclaimer: Dear reader, any and all the content on OffPsoriasis.com Is created for informational purposes only. The content is not intended to be a substitute for professional medical advice, diagnosis, or treatment. Always seek the advice of your physician or another qualified health provider with any questions you may have regarding a medical condition. Never disregard professional medical advice or delay in seeking it because of something you have read on this Website. 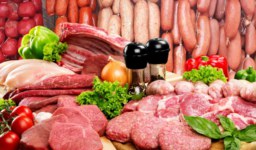 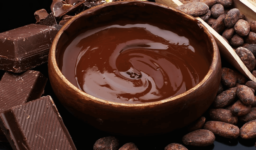 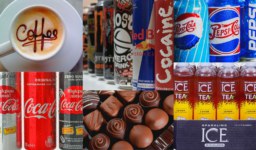