What are nightshades, why nightshades trigger psoraisis flares and should you avoid them all?

It is believed that most nightshades grow better in shady areas and bloom at night so the term “nightshade” may have been coined for these reasons. Nightshades belong to the Solanaceae family, the name Solanaceae derives from the genus Solanum, “the nightshade plant”, the etymology of the Latin word is unclear. Besides few edible nightshades, we are familiar with, there are thousands of inedible plants you may or may not have heard of. Many members of the family contain potent alkaloids, and some are highly toxic. [1]

NIghtshades trigger psoriasis and eczema flare-ups, however, this is not the case for everyone, but perhaps for the majority. Some people are highly sensitive and experience red and itchy flare-ups and some experience mild discomfort. So it does affect everyone differently depending on;

The reason for flare-ups could be the components of these fruits and vegetables, for example;

Lectins: Just like gluten, lectins can reduce nutrient absorption, therefore Also known as “antinutrients” they are a type of sugar-binding proteins present in many plant foods and even in some animal products. It is believed that some of these lectins play a role in plant defence against insects. Some studies suggest that lectins in higher amounts can be proinflammatory and can increase intestinal permeability / leaky gut.[2]

Alkaloids: Nightshades contain glycoalkaloids; Α–chaconine, also known as conine, belongs to the class of organic compounds known as steroidal saponins (toxic soapy compound) and Solanine is a green-coloured pigmented glycoalkaloid, also known as α–solanine. Glycoalkaloids are usually secondary natural poisonous metabolites produced by plants of the Solanaceae family. It is thought that alkaloids in plants have a function to protect them from the destructive activity of some insect species. They play an important role in plants due to their toxic nature and may have potentially inflammatory effects on people with preexisting inflammatory conditions.[3]

Should you avoid all nightshades if you have psoriasis?

If you notice itching, redness, new psoriasis spots, joint pain, swelling on your fingers and toes after consumption, eliminate nightshades along with other dietary triggers. To understand whether these fruits and veggies are a trigger for you or not, It is worth eliminating them from your diet for a period of one month and see if your skin does any better.

Not everyone is equally sensitive to nightshades. However, since they are known to worsen inflammation in general, it is best to replace them with anti-inflammatory fruits and vegetables.

How to reduce the harm?

After your skin clears up, you can reintroduce nightshades one at a time and see which nightshade you are more sensitive to. Most reported inflammatory nightshades are; Eggplants, Hot peppers and Tomatoes, which is not surprising because they contain the highest solanine and some of them are known as irritants.

According to Dr Gundry, the author of Plant Paradox, who strongly believes that lectins as a major cause of obesity, chronic inflammation, and autoimmune diseases; there is a way to reduce the harm, cooking with high-heat methods like boiling, stewing, or soaking can deactivate most lectins and alkaloids also reduces during cooking. Here are some tips to reduce the harm of most common nightshades:

Disclaimer: Dear reader, any and all the content on OffPsoriasis.com Is created for informational purposes only. The Content is not intended to be a substitute for professional medical advice, diagnosis, or treatment. Always seek the advice of your physician or another qualified health provider with any questions you may have regarding a medical condition. Never disregard professional medical advice or delay in seeking it because of something you have read on this Website. 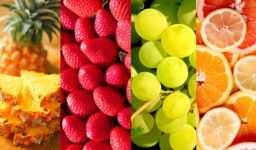 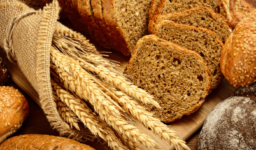 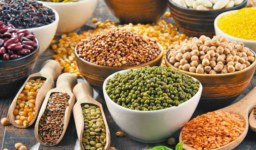